The total Unova system comprises 3 levels (Blockchain/web3 level, Smart contract level, distributed application level). To maintain the full decentralization of the system each of these levels have their own pricing aspect built. On this page we will focus on the first two which are paid in and expressed in UON.

In a similar fashion to the Ethereum network, the Unova network uses the concept of gas.

Gas refers to the unit that measures the amount of computational effort required to execute specific operations on the network. 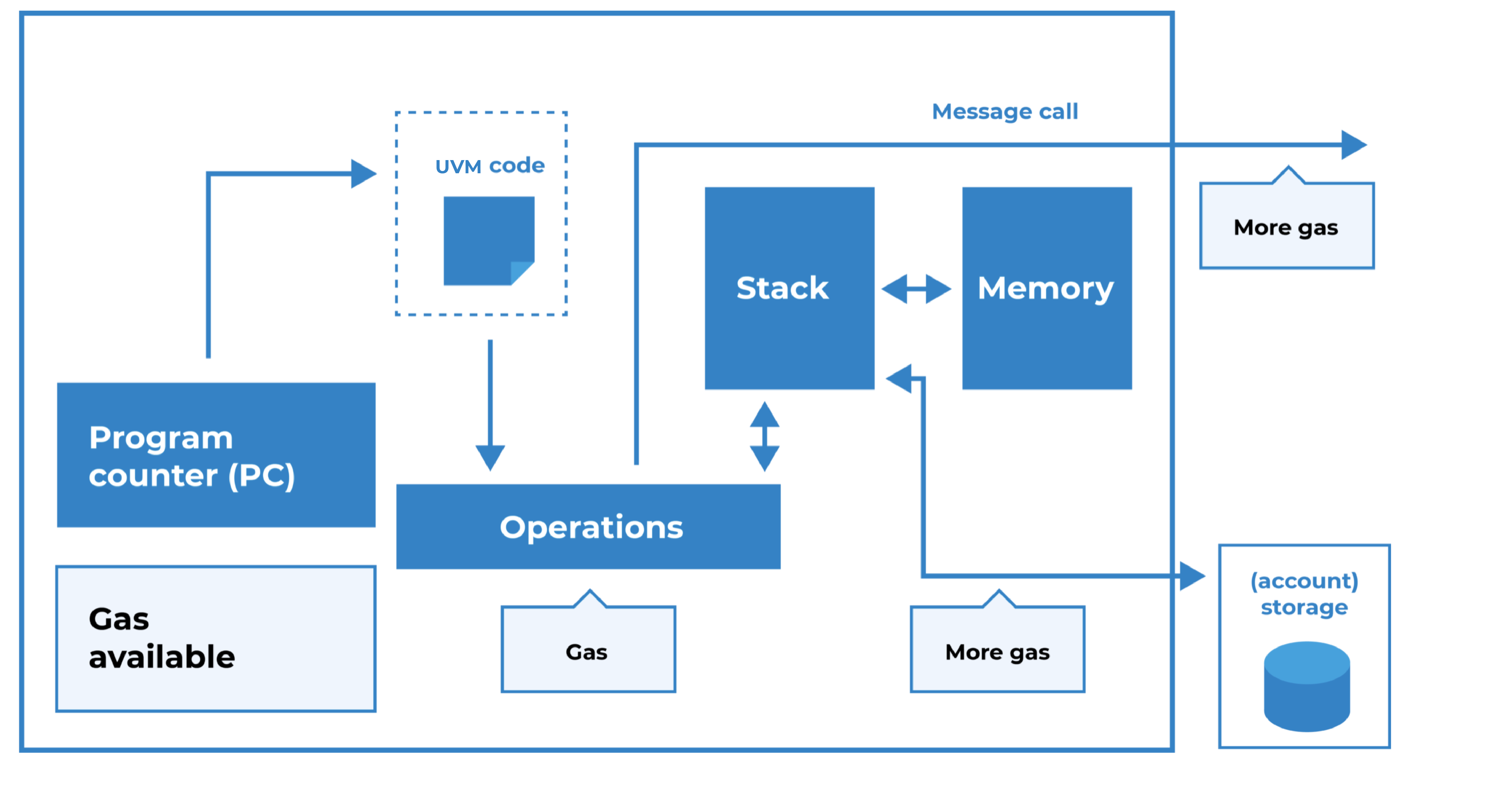 Transaction fees are paid in Unova’s native currency (UON). Gas prices are denoted in Gwei, which itself is a denomination of UON – each Gwei is equal to 0,000000001 UON. So, instead of saying each unit of gas costs 0,000000001 UON, you can say your gas costs 1 Gwei. We did not come up with this concept as it is proven to be useful for the Ethereum network so to make it easy to understand we created a similar pricing model into our own Unova Blockchain network. Some of the next parts will seem recognizable for anyone who is familiar with the Ethereum network aside from critical things we changed.

A standard transaction (financial transaction) requires a minimum of 21 000 gas. This represents the computational effort to execute the transaction. For executing smart contracts or any other type of transaction this will be more.

When using metamask as wallet it will automatically make sure the right value is set.

Each block has a base fee. This base fee is determined by the network and calculated based on the previous block. To execute a transaction the gas price must be at least equal to or larger than the base fee (this is set by choosing a max fee).

The base fee is calculated independently of the current block and is instead determined by the blocks before it – making transaction fees more predictable for users. When the block is mined this base fee will currently be credited to the Unova wallet removing it from current circulation. Later this will change, and the base fee will be “burned”, permanently removing it from from circulation. This allows Unova in the initial phase to use these base fees as a development budget.

The base fee is calculated by a formula that compares the size of the previous block (the amount of gas used for all the transactions) with the target size. The base fee will increase by a maximum of 12.5% per block if the target block size is exceeded. This exponential growth makes it economically non-viable for block size to remain high indefinitely.

A tip incentivizes the miners to include transactions in the block and avoids miners creating empty blocks. Even a small tip is sufficient. Tips also represent a priority fee, if transactions need to get preferentially executed ahead of other transactions in the same block a higher tip will be necessary to attempt to outbid competing transactions.

Since the user does not set the base fee but can set a priority fee and the base fee could be changing going from one block to the next instead the user can set a ‘Max Fee’.

Max Fee should be set at least equal to 50 Gwei to cover the minimum base fee.

To make our transaction fees even more predictable and especially stable expressed in EUR even after UON would be publicly traded we have designed another solution.

A smart contract is like a set of rules that live on-chain for all to see and run exactly according to those rules. Imagine a vending machine: if you supply it with enough funds and the right selection, you’ll get the item you want. And like vending machines, smart contracts can hold funds much like your Unova account. This allows code to mediate agreements and transactions.

Once smart contracts are deployed on the Unova network you can’t change them. Dapps can be decentralized because they are controlled by the logic written into the contract, not an individual or a company.

When it comes to transaction fees the main difference is that the Gas used and thus gas limit that should be set will generally be higher for smart contracts as the computational effort is higher. In addition to this, the smart contracts as part of the unova Dapps have an additional value ‘Application fee’ which is a development reward for unova.

The smart contracts created by Unova are executed by the company nodes and mainly used for data distribution between supply chain stakeholders. Therefore, the values set to activate these smart contracts are fixed and companies joining the system do not need to worry about it.

Simulation tool to calculate the price of a bundle distribution to all supply chain stakeholders:

Generally, there are additional development costs, pilots and in some cases SAAS fees for specific platforms/tools/Dapps or implementations.

Contact Unova for further information about doing a pilot.